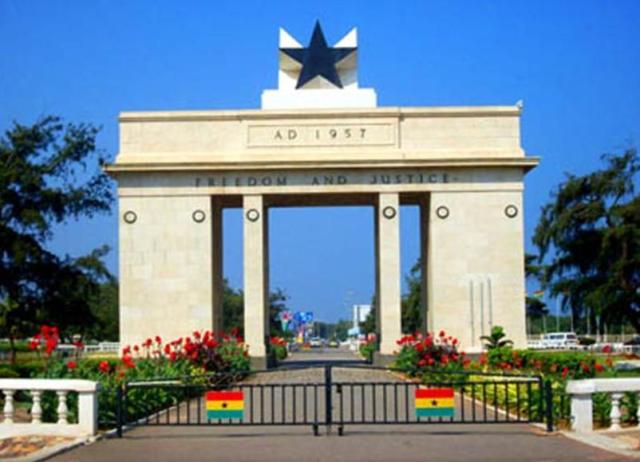 Culture is Lifestyle as manifested by a particular people or society. So it is man-made, not genetically inherited. It is evolved for the purpose of living. It is socially taught and learned. It originates as human response to the local physical and biological environment. Cultural traditions look to the past for their mandate, authority and authenticity as cultural traits are regarded as society’s norms handed down the generations.
However, culture is dynamic and is often affected by local and external influences and stimuli.
Culture is expressed in intangible or non-material form, for instance in terms of languages, dialects, philosophical thought, cosmology, morals and ethics, religious beliefs and rituals oral traditions, folklore, festivals, political ideas, music and dance, social customs related to birth, puberty, marriage, family life, work, death etc. Culture is also manifested in tangible or material form, in terms of types of food procurement and preparation, diverse technology and crafts clothing, body decoration, visual art and symbols, secular and religious architecture, monetary medium of exchange, transport systems etc. 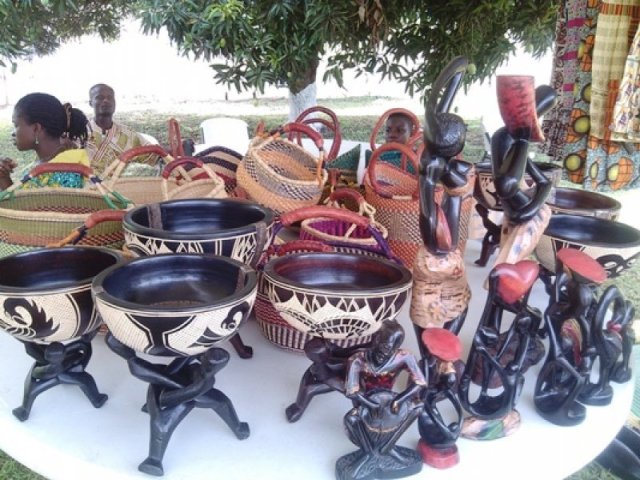 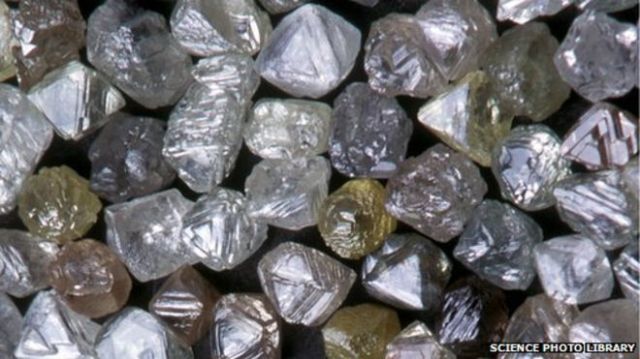 The economy of Ghana has a diverse and rich resource base, including the manufacturing and exportation of digital technology goods, automotive and ship construction and exportation, and the exportation of diverse and rich resources such as hydrocarbons and industrial minerals. These have given Ghana one of the highest GDPs per capita in Africa.[12][13] Owing to a GDP rebasement, in 2011 Ghana became the fastest growing economy in the world; differences with neighboring economies are likely to be overstated due to underfunded statistical agencies in surrounding countries.

The Ghanaian domestic economy in 2012 revolved around services, which accounted for 50% of GDP and employed 28% of the work force. Besides the industrialization associated with minerals and oil, industrial development in Ghana remains basic, often associated with plastics (such as for chairs, plastic bags, razors and pens).[14]

Ghana embarked on a currency re-denomination exercise, from Cedi (¢) to the new currency, the Ghana Cedi (GHc) in July 2007. The transfer rate is 1 Ghana Cedi for every 10,000 Cedis. Ghana embarked upon an aggressive media campaign to educate the public about what re-denomination entails. Value added tax is a consumption tax administered in Ghana. The tax regime which started in 1998 had a single rate but since September 2007 entered into a multiple rate regime. In 1998, the rate of tax was 10% and amended in 2000 to 12.5%. The top income tax and corporate tax rates are 25%. Other taxes included with value-added tax (VAT), are national health insurance levy, and a capital gains tax. The overall tax burden amounts to 12.1% of Ghana’s total domestic income, and the budget of Ghana has fallen to the equivalent of 39.8% of GDP. 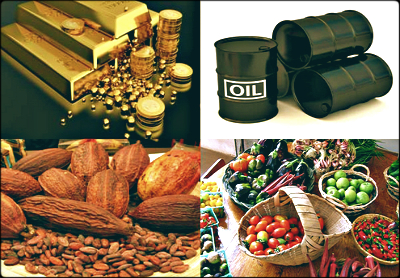 Since its return to multi-party system more than two decades ago, Ghana has made major strides towards consolidating its democratic achievements. Its judiciary has proved to be independent and has generally gained the trust of Ghanaians. The Ghanaian Parliament is vibrant, and despite inherent challenges and the dominance of the two leading political parties, has created the avenue for debate and vigorous legislative activity.

Ghana is constantly ranking among the top three in Africa for freedom of the press and freedom of speech. The broadcast media is the strongest, with radio being the most far reaching medium of communication. While all these put Ghana in an enviable political position, and provides it with formidable social capital, Ghana’s economic course over the past couple of years raises many concerns.

The main threat to the ruling National Democratic Congress (NDC) is discontent at the rate of improvement in living standards and an ongoing energy crisis. The opposition New Patriotic Party (NPP) has requested a new voter registration system from the Electoral Commission after claiming that a number of irregularities have been found. The NDC has disputed the claims put forward by the NPP, further stating that there is no need for a revised system.

Ghana made a significant progress in poverty reduction, and met the Millennium Development goal of halving poverty rates by 2015 to 24% in 2013 from 52% in 1991. Real GDP growth is projected to fall to 3.4% in 2015 from 4% in 2014. Nevertheless, Ghana’s long-term growth prospects are positive. The growth rate is projected to rebound to 5.9% in 2016 and 8.2% in 2017, assuming that energy rationing will be resolved in 2015, and planned fiscal adjustment remains on track to achieve the 2017 objectives with the support of the IMF and other development partners.

Ghana’s fiscal consolidation program, which started in late 2014, is on track, as the fiscal deficit narrowed more than the budget projections in June 2015. The primary balance, estimated at 0.6% of GDP (against the target 0.6% deficit), represents a significant improvement from the 1.4% deficit in June 2014, while the overall fiscal deficit was reduced to 2.2% of GDP from 4.3% during the same period.

Ghana experienced net capital outflows in June 2015, partly driven by deterioration in perceived risk in the midst of global market volatility. As a result, gross international reserves were down by $1.1 billion by end-June to $3.2 billion (equivalent to 2.1 months of import-cover), and the Ghanaian cedi lost 21% of its value against the US$ by September, 2015.

Inflation has remained high, despite the tighter monetary policy stance and slowdown in economic activity. Inflation rose to 17.3% in August from 16.4% in January, reflecting the sharp currency depreciation and fuel price adjustments.

Real GDP growth is projected to fall to 3.4% in 2015 from 4% in 2014, as energy rationing, high inflation, and ongoing fiscal consolidation continue to undermine economic activity. Ghana expects to receive large capital inflows in the coming months: a possible Eurobond issuance up to $1.5 billion (of which only $1 billion to be issued with the World Bank guarantee to restructure its debt); and disbursements from development partners. Ghana’s long-term growth prospects are positive.

Development- this is the progress that is made or being made in everything, be it social, economic, political and ones physical being.

The economic development of Ghana has grown steadily, but that does not mean to say that Ghana is developed in its economic sphere. Ghana’s economy must grow to a limit that it will be able to increase the standard of living of the people in the country with a sustained growth from a simple middle income economy to a modern high-income economy. Economic development also depends on the technological level of the country, economic development actually involves improvement in a variety of indicators such as, literacy rates, life expectancy and poverty rate. Ghana’s economic development must really be on the health and education of its citizens. Youth development should be adopted in order to arrive at the full face of development. In Ghana the youth form the larger population of the country and therefore they must be equipped with cognitive, social, and emotional skills and abilities required to navigate life as well as jobs, and through this the youth will be able to positively affect the country. Some of the youth of the country are unemployed and the fact is that a few of them are not educated, the rest without gainful jobs and the others because of bad behavior and attitude towards work and so on. When these youths are not given these necessary requirements of live, they turn to other things that they claim are jobs. When this happens the development pattern of the country changes, which results in making lives unbearable for the most. Thank God for the National Youth Employment Program (NYEP), this has been the hope for the youth in recent time. Another aspect that Ghana need to think about as far as development is concern is the personal aspect of development, personal development is not by accident but it is by nature, purposeful and guided from within. Personal development starts from the mind, when Ghanaians are able to build up a type of mindset that will not attack development but rather aid development there will be the assurance that Ghana will keep climbing the development ladder and will never descend. Considering that fact that a Ghanaian drinks a sachet of water and then litter the streets of Ghana with the sachet instead of placing the sachet at the right place. Most Ghanaians do things that they know retards development and yet still they do it with the reason that “the government is the one responsible to the task of cleaning the country.” Development can not get to the highest level if the government works in isolation. Development in Ghana as been very sustained in the past decade of years, the resources of the country has been used judiciously to meet human needs and also to preserve the environmentso that these needs can be met not only in the present, but also for generations to come. Ghanaians must learn to preserve the trees and other natural resources as well as the water bodies.

The actors in development are the government, individual, Non-Governmental Organizations (NGO)s, private companies, household and the like. A strong point is that until Ghanaians develop a new mindset that will help their personality and the country there can be no development, the various actors need to ensure that they work together in order to achieve success in development. The non-governmental agencies and other actors must come to the aid of Ghana in terms of development, for in isolation development comes to a stand-still.

Click on the link below to read more on Ghana’s Long-Term National Development Plan: